The first quarter of the year always seems to be the moment where everybody works the heart out to show and get recognition for its best: Fashion Weeks, Golden Globes, Oscar Awards… and then; March, 1st came into with the Pritzker Architecture Prize announcement.

Often referred to as “Architecture’s Nobel” is considered the profession’s highest honor to a living architect whose built work demonstrates a combination of vision and commitment which has produced consistent and significant contributions to humanity and the built environment through the art of Architecture.

2017 Pritzker laurates are RCR Arquitectes — Rafael Aranda, Carme Pigem and Ramon Villalta — for their collaborative work along three decades with almost religious devotion. It has been the first time ever that this award has been given to a triplet, which highlights the collective component of the profession, and, in short, the second and consecutive Spanish Pritzker.

“We do not believe neither in borders nor in purities” 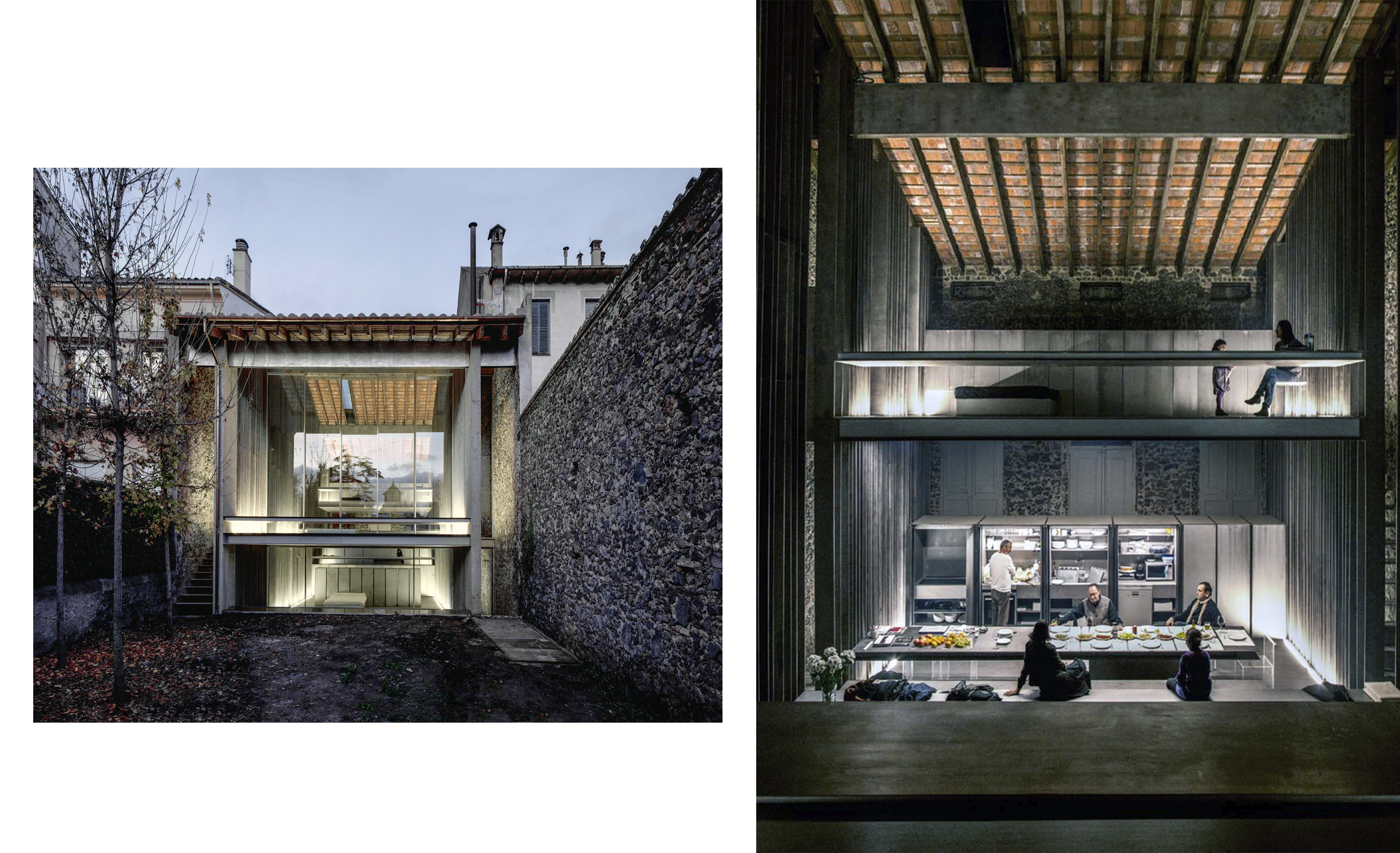 Some modern masters discovered that traveling the world leads to regaining their roots. RCR defends the opposite: the roots are the essential thing to be able to fly. It is not easy to understand this architecture of haute couture, local roots and universal ambition in the framework of a town of the pre-Pyrenean Girona of 34,000 inhabitants.

“When you live in a town you have to be clear about what brings out what you build it. You stumble upon it daily. It becomes your conscience “

Although members of RCR consider there is only one Architecture, which contributes to the physical and spiritual well-being; in an era where the discipline is torn between being posticonic or accepting building as an investment fund, they defend a classic value: beauty, essential to everything in life. They have kept out of urban fashions this small village of Girona, Olot. An area with a landscape made of volcanic cones and beautiful views of high mountains. This scenery has a lot of influence in RCR´s creations. In fact, space, light and scenery are really important aspects in their buildings,which establish a clear presence in the environment; they interact with the natural or artificial context as abstract sculptures that cut the space. Their special sensibility with landscape has named them advisers of the The Garrotxa Nature and Volcanic Area. 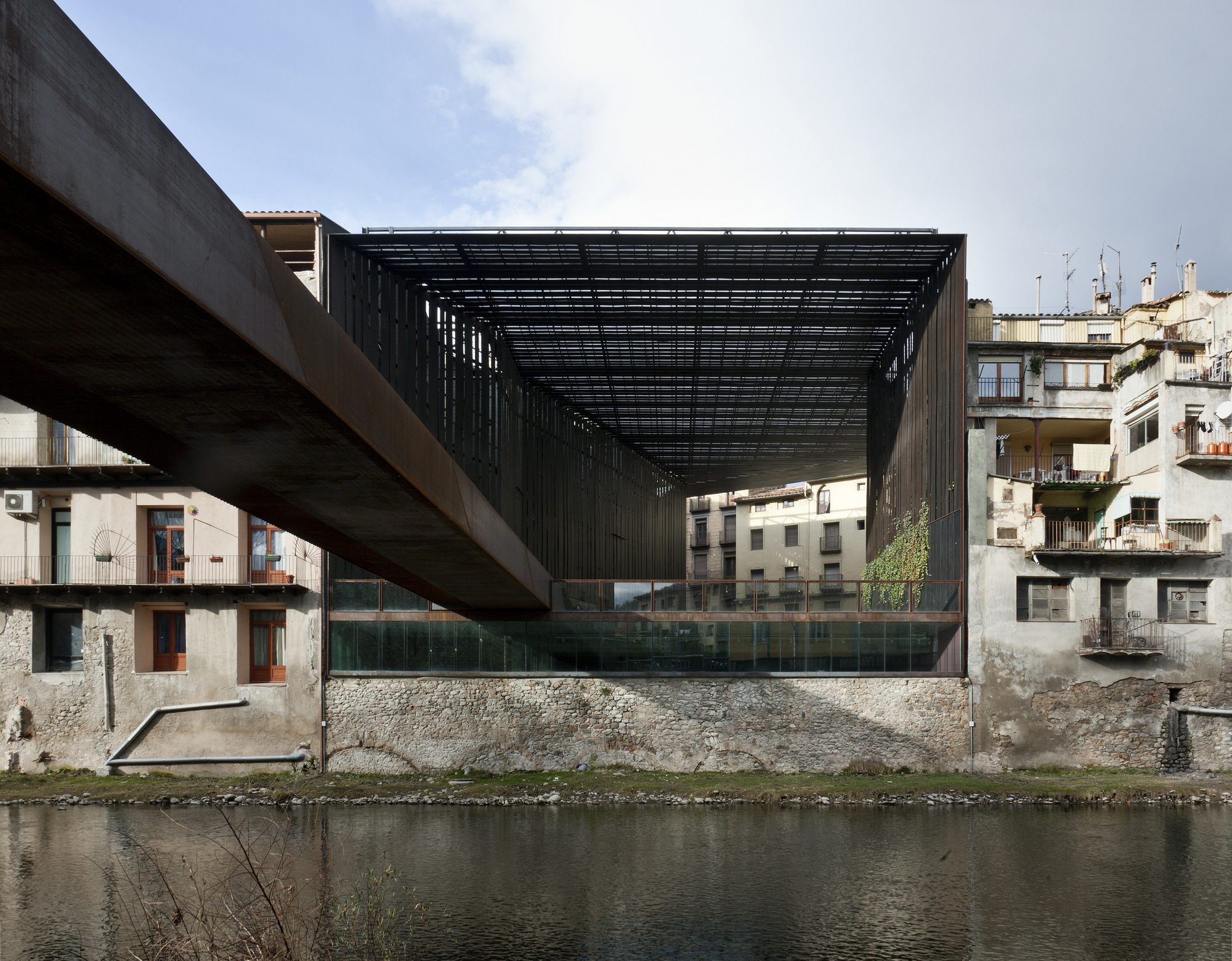 After this well-deserved prelude we want to congratulate them by reviewing among their whole work, from cultural to residential, going through educational and public space, their first built project: Margarida House, 1988-1992. It is a detached house constructed as a main residence in Olot.

The design is defined by the unusual location and the type of buildings suggested by the surroundings. The site is characterized by two main factors: firstly, its orientation and, secondly, the very steep slope of the street. The architecture is simple and austere, and uses a limited range of forms, elements, and materials.

The composition is dominated by a taste for simplicity, and the richness of the design lies in the way in which the space is interrelated. The structural forms are clearly defined and all of the architectural details are skillfully executed.

The preoccupation with light, the constant superposition of different layers that filter light and create a subtle relationship between the interior and exterior space, is repeated throughout the house.

The large areas of glass completely open up the house to the yard and the surrounding views, while the smaller windows form precisely cut openings framed by the lawn, a tree, or some other feature. RCR applied the same care with which they created the design for the house to ensure that the exterior is a visual extension of the interior space.

Which of their works would you imagine yourself in?