“Citizens born between 1982 to 1996 and later generations are predicted to radically reform education and working systems, not only with a massive resource of online courses and working relations, but with a more qualitative aspiration: searching for educational and working systems which fulfil their potential from communication through to advertising, shopping and travelling. The implication of how this impacts the way we enjoy life is underexplored”

We could say that every decade has a word to describe itself. Influence could be the one for the 2010’s to 2020’s, by the moment at least. Social media has brought up very new referents and personalities whilst the celebrity concept has evolved, but we cannot deny that the famous aura is easier to get along with by your parents help, especially if you are one of these dudes.

Fashion is not changeless – new concepts and flows keep appearing and you know: renew or die. That is why is easier to find many of our fashion icons up on the catwalk during fashion shows nowadays. Many brands are taking advantage of this new emerging icons, commonly known as millennials, and setting apart their front rows for them. In case you missed any of these crescent figures we are introducing to you the new born-to-be modelling generation:

Just a few months after big brother Brooklyn(1999) made his modeling debut on the cover at Miss Vogue UK fashion magazine, Romeo(2002), who isn’t yet old enough to shop in the men’s department, one-upped him by landing a Burberry holiday campaign.

Even though charisma cannot be inherited, they certainly got that spicy attitude to strike a pose in front of the camera or behind it, like Brooklyn’s work for Burberry’s Brit Fragrances Campaign. Victoria and David are definitely the known ones to help their careers boost.

What will Cruz and Harper be up to ? 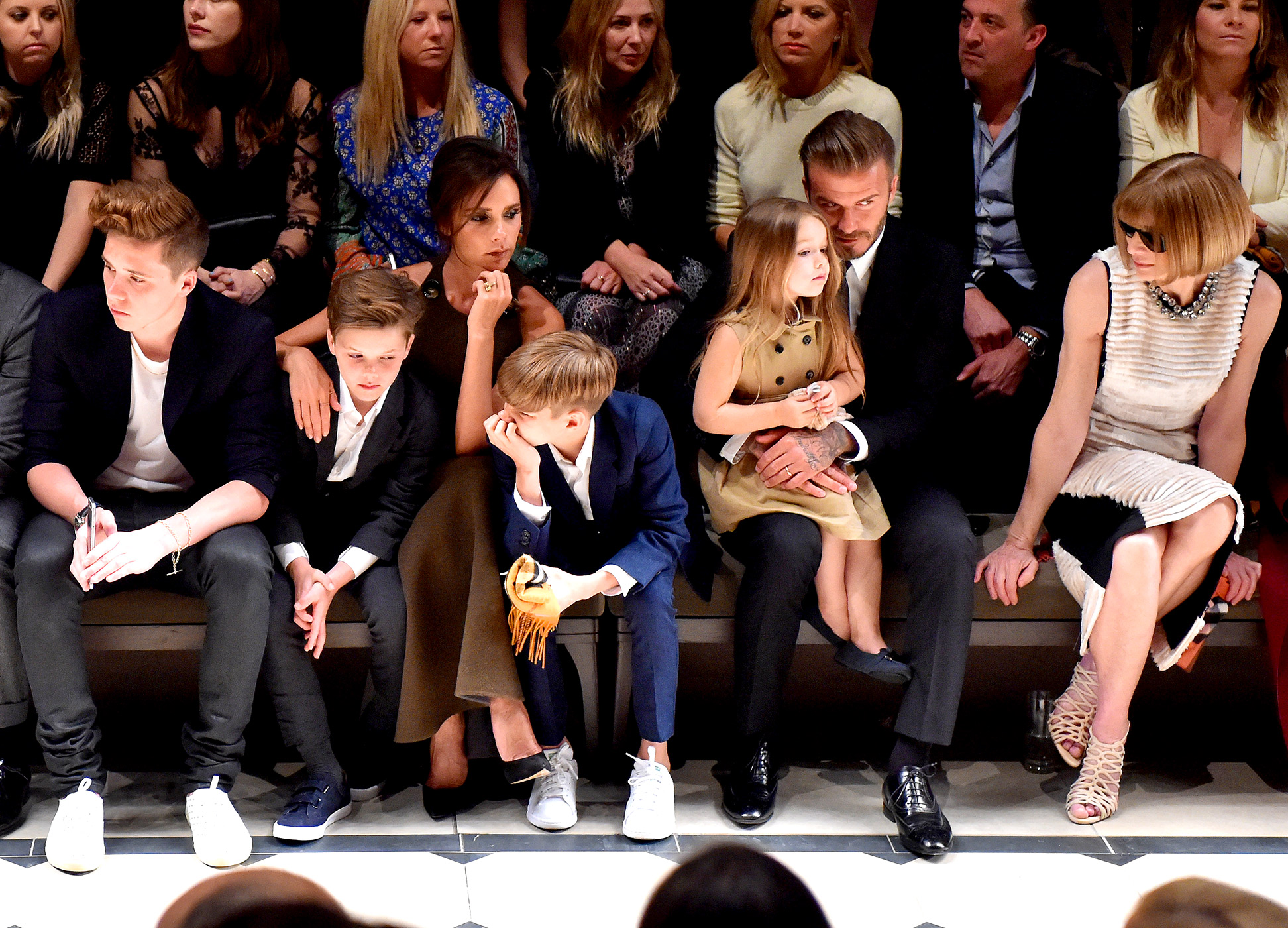 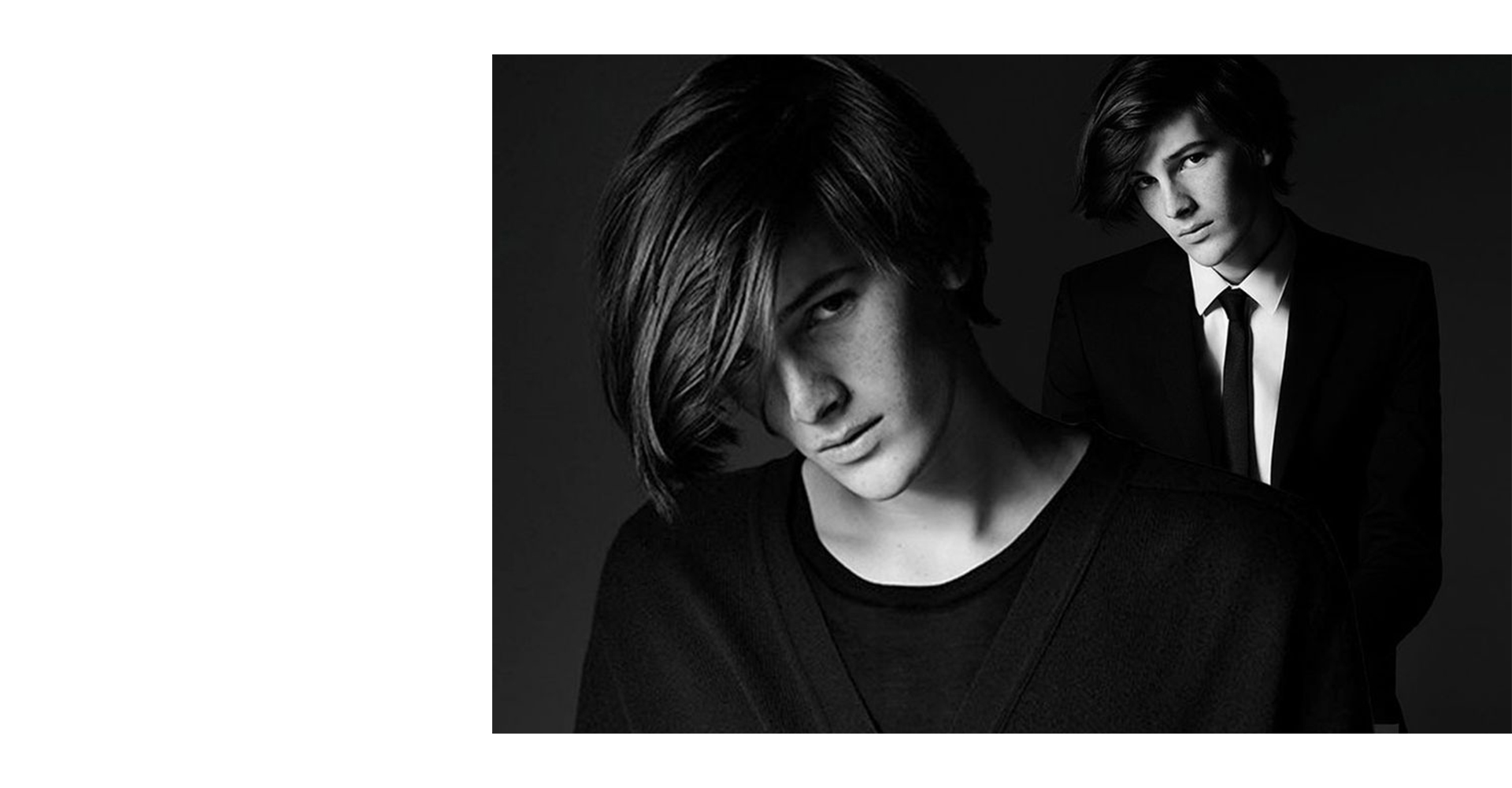 By the way his expression lines and jaw looks alike you should notice who is this guy son of. Besides the dark eyes, which clearly are not inherited from 007 Pierce Brosnan, it can be noticed that we are in the face of the generational relief of Saint Laurent’s this past few years. Not to ignore his transition from the shy-son-of-007 and Keely Shaye Smith to one of the cool kids of Fashion. Never mind, thank you Hedi Slimane for discovering this young nearly 2’00 meters icon. 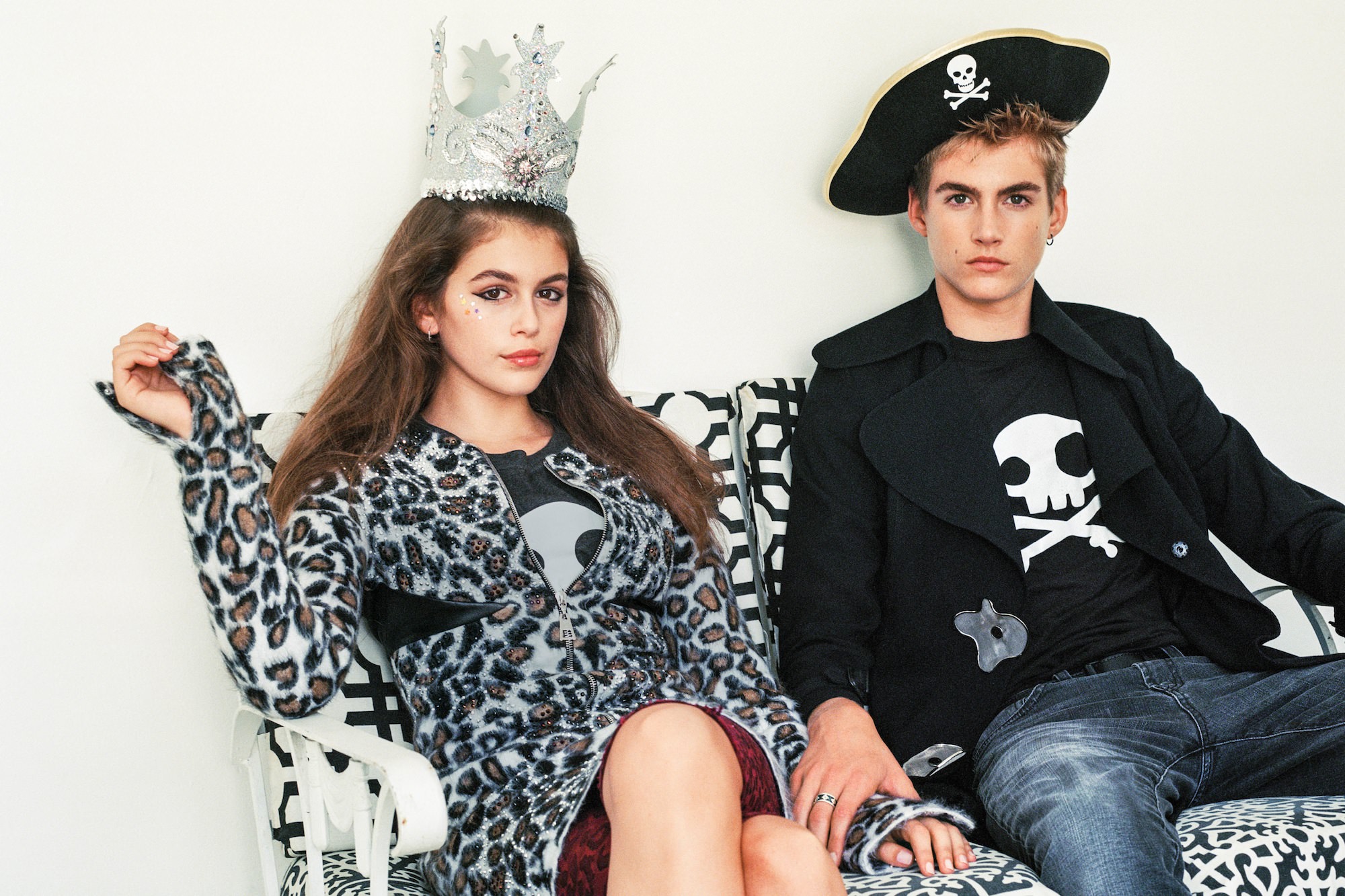 LA always brings to my mind that psychedelic 60’s: vibrant colors and Hollywood affairs. As always, it was not less for Jeremy Scott’s show for Moschino S/S 17 where Presley, Cindy Crawford’s son, made his runway debut. However, few days later he opened the Dolce&Gabbana S/S 17 show. Guess this is the continuation of the Crawford’s modeling saga with Presley and his little sister Kaia.

Dolce&Gabbana’s latest show left no one indifferent: it is a fact. Aside of Presley Gerber and many other angels and fashion youth icons Rafferty Law made his way along the catwalk outstandingly.

Jude Law’s and Sadie Frost’s son debuted on DKNY in 2014, but he is also interested in Art and Music as he was formerly in “The Dirty Harrys” where the Manchester movement had a big impact on the teen who credits the Happy Mondays and The Stone Roses among his influences.

Enigmatic’s Marlon Brandon’s grandson has made of himself a true and respectful personality inside Fashion world. Leaving aside all his family tragedy, Tuki is not just a pretty face that outstands in front of the cameras. After being at L’Uomo Vogue in 2006 he started gaining attention in the Fashion world, shot by Mario Testino and the face for Versace in 2007 Fall campaing, now he is finishing his Medicine studies.

Which are your must-follow millennials ?

GIFTING: WHAT TO BRING WHEN YOU ARE INVITED FOR DINNER.

WHAT TO WEAR IN THE COUNTRYSIDE

LUXURY AT A TOUCH: VELVET

A MATTER OF DESIGN WITH GABRIELLA CRESPI

THE RIGHT ACCESSORIES FOR YOUR WINTER

HOW TO PRESERVE MEN’S SUITS

A TOUCH OF TARTAN

THE WARDROBE FOR THE FESTIVE SEASON

TRAVEL ACCESSORIES FOR THE MODERN GENTLEMAN

MEN’S SHOES FOR THE NEXT WINTER

HOW TO CHOOSE THE RIGHT SCARF

5 EXHIBITIONS TO VISIT AROUND THE WORLD

5 BOOKS TO READ THIS SUMMER

HOW TO WEAR SANDALS AVOIDING MISTAKES

HOW TO WEAR WHITE PANTS

HOW TO CUFF YOUR SHIRT SLEEVES

10 THINGS TO GET IN SHAPE FOR SUMMER

What to wear in Ibiza

HOW TO MATCH SHIRT AND TIE

THE RETURN OF THE VEST

HOW TO PRESERVE YOUR WINTER COATS

THE BASIC RULES OF BUTTONING A SUIT JACKET

WHAT TO WEAR IN BIARRITZ

WHAT TO BRING IN YOUR BEAUTY CASE

HOW TO CHOOSE THE RIGHT SUNGLASSES

WHAT TO WEAR FOR VALENTINE’S DAY